Using a novel method to measure the risk of mortality associated with the use of various legal and illegal drugs, scientists have confirmed what earlier studies have indicated: alcohol is the deadliest, while marijuana is the least risky.

According to the study, at the individual level, booze presents the highest risk of death, followed by nicotine, cocaine and heroin, suggesting the risks of alcohol consumption have likely been underestimated in the past. Marijuana was found to be significantly less deadly and sat at the other end of the spectrum, in agreement with previous research which has consistently ranked it as the safest recreational drug. While this may not be what governments want to hear, it highlights the need to use scientific evidence whilst creating policies regarding the use of licit and illicit drugs.

It seems that much of the world made up their mind a long time ago about the dangers of illegal substances. This, combined with the fact that it’s difficult to assess and classify the risk of drug abuse in people, means that few studies exist in which scientists have compared the dangers of different drugs. Furthermore, since illegal drug abuse is regarded as a bigger problem for society than using other known harmful substances, such as alcohol and even various prescription drugs, governments have tended to go for restrictive policies that are more often than not based on emotion and educated guesses.

Despite the difficulties, a few studies have attempted to assess the risks of various drugs, such as looking at how addictive and toxic they are in terms of acute and chronic use, but these have attracted criticism because some judgments may have been subjective rather than scientific. In an attempt to rectify these issues, scientists came up with a new risk assessment technique, called the “Margin of Exposure” (MOE) method. Put simply, this looks at the ratio between the dose which characterizes adverse effects and the amount that people typically use. The drugs they looked at were heroin, cannabis, nicotine, alcohol, methadone, amphetamine and MDMA.

As described in Scientific Reports, they found that, at the level of individual use, four substances were classified as high risk: alcohol, nicotine, cocaine and heroin. The others fell into the so-called “risk” category. However, if we look at the risks for the population rather than the individual, only alcohol was considered high risk. According to the results, cannabis is around 114 times less deadly than alcohol and was the only drug out of those examined to pose a low risk of death.

That being said, the researchers hasten to point out that these results do not mean, in any way, that drinking a moderate amount of booze is worse than taking heroin. A lot of the harm associated with drug use is not due to the drug itself, but rather the environment in which it is taken, for example sharing dirty needles, and this wasn’t taken into account by the study.

While this study sought to address criticisms of earlier work, and yet still produced similar results, it's necessary to note that it still has important limitations, some of which the authors have identified in the publication. For example, studies examining the long-term effects of drugs are lacking, meaning the only risk they could assess was death, rather than cancer incidence, to name just one. Furthermore, although cannabis was deemed the least risky, the study did not take into account the method of cannabis use. While the components of cannabis may not pose significant health risks, smoking cannabis poses a risk because of the inhalation of irritants. Eating it would therefore be a safer route of exposure, but this is not addressed by the authors.

Criticisms aside, what is the take-home message? According to the authors, time would be better spent focusing on managing the risks of alcohol and tobacco, rather than illegal drugs. Furthermore, they suggest that for low risk drugs like marijuana, regulation rather than prohibition would be a better and more justified approach. 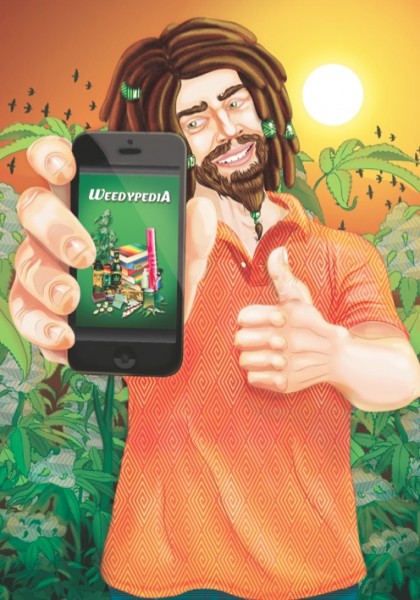